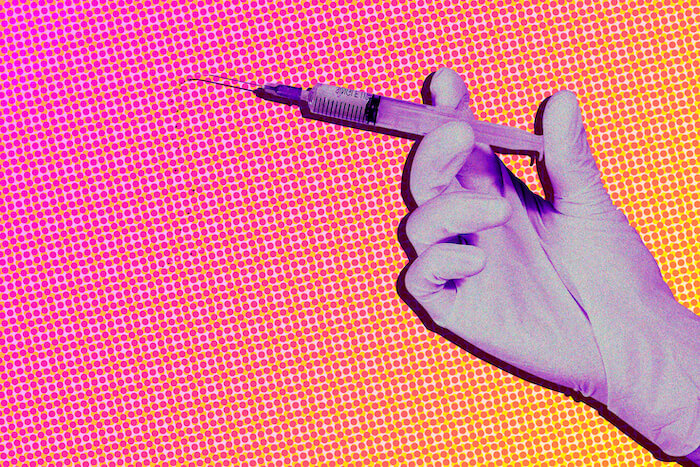 Older adults who received an influenza vaccine were 12% less likely to have an ischemic stroke versus people who weren't vaccinated (adjusted OR 0.88, 95% CI 0.84-0.92), according to Francisco Jose de Abajo, MD, MPH, PhD, of the University of Alcalá in Madrid, and colleagues.

"Studies have shown that getting the flu increases your risk of having a stroke, but research is still being collected on whether getting the flu vaccine can help protect against a stroke," de Abajo said in a statement.

"This observational study suggests that those who have a flu shot have a lower risk of stroke," he added. "To determine whether this is due to a protective effect of the vaccine itself or to other factors, more research is needed."

Seasonal influenza may transiently increase the risk of vascular events, noted Dixon Yang, MD, and Mitchell Elkind, MD, both of Columbia University in New York City, in an accompanying editorial.

"Acute systemic inflammation may drive this relationship, possibly through endothelial dysfunction, atherosclerotic plaque instability, and a pro-coagulant state," Yang and Elkind wrote. "It therefore stands to reason that influenza vaccination may diminish the associated stroke risk, but the evidence has been mixed."

"In two meta-analyses of observational studies, individuals who received the influenza vaccine were less likely to have a stroke, but the included studies were heterogenous, relatively small, and potentially limited by biases," they observed.

de Abajo and colleagues compared 14,322 people in a Spanish primary care database who had a first stroke and no cancer history from January 2002 through December 2015 with 71,610 age- and sex-matched controls. Overall, 9,542 incident strokes were non-cardioembolic and 4,780 were cardioembolic.

Overall, 41.4% of stroke patients and 40.5% of controls were vaccinated (unadjusted OR 1.05, 95% CI 1.01-1.10). Vaccinated people had a higher prevalence of vascular risk factors, diseases, and co-medication than non-vaccinated people.

"The reduced risk of ischemic stroke associated with influenza vaccination remained statistically significant in both age categories examined (younger than 65 years and equal to or older than 65 years), in both men and women, and in patients with vascular risk factors or established vascular disease, but not in patients without vascular risk factors," de Abajo and co-authors wrote.

Pneumococcal vaccination, used as a negative control in the study, was not linked with reduced stroke risk.

The findings provide evidence that older individuals with medical comorbidities may have a moderately reduced risk of ischemic stroke after a flu shot, the editorialists noted. "Takeaways from this study may also be applicable to vaccines against other infections, if not pneumococcus," they wrote.

"In particular, a timely consideration would be vaccination against SARS-CoV-2, which has been shown to cause inflammation-mediated thrombosis," Yang and Elkind added.

The study had several limitations, the researchers acknowledged. Unmeasured confounders may have influenced results. It's also possible the index date may not have corresponded with stroke onset but the date the stroke was recorded in primary care records.

"To accommodate for such potential mismatch between the two dates, we performed a sensitivity analysis looking at vaccinations performed beyond 30 days before the index date and the main results did not materially change," de Abajo and colleagues noted.