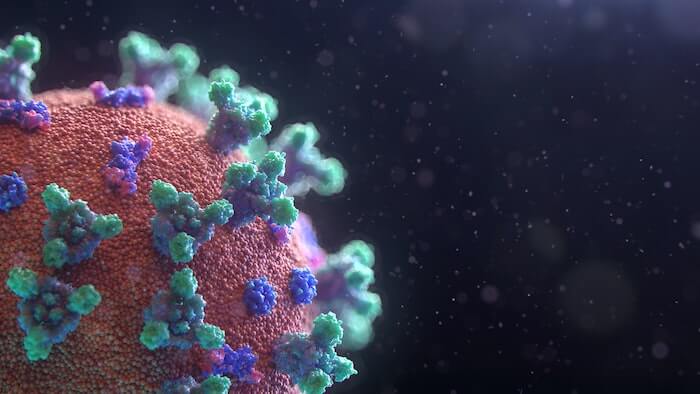 The U.N. health agency recognized the new Covid strain, first referred to as lineage B.1.1.529 and now named omicron, as a variant of concern.

Experts fear a sharp upswing of Covid cases in South Africa’s Gauteng province — where the heavily mutated strain was first identified — could mean it has greater potential to escape prior immunity than other variants.

The World Health Organization has said it will take weeks to understand how the variant may affect diagnostics, therapeutics and vaccines.

The World Health Organization on Friday assigned the Greek letter omicron to a newly identified Covid variant in South Africa.

The U.N. health agency recognized the strain, first referred to as lineage B.1.1.529, as a variant of concern.

Health experts are deeply concerned about the transmissibility of the omicron variant given that it has an unusual constellation of mutations and a profile that is different from other variants of concern.

“Omicron, B.1.1.529, is named as a variant of concern because it has some concerning properties,” Maria Van Kerkhove, the WHO’s technical lead on Covid-19, said in a video published on Twitter. “This variant has a large number of mutations, and some of these mutations have some worrying characteristics.”

Experts fear that the sharp upswing of Covid cases in South Africa’s Gauteng province — where the heavily mutated strain of the virus was first identified — could mean it has greater potential to escape prior immunity than other variants. The number of omicron cases “appears to be increasing” in almost all of South Africa’s provinces, the WHO reported.

The organization only labels Covid strains as variants of concern when they’re more transmissible, more virulent or more adept at eluding public health measures, including vaccines and therapeutics. Data presented at a briefing Thursday hosted by South Africa’s Department of Health indicates that some of omicron’s mutations are connected with improved antibody resistance, which could reduce the protection offered by vaccines.

Certain mutations could also make omicron more contagious, while others haven’t been reported until now, preventing researchers from understanding how they could impact the strain’s behavior, according to a presentation at the briefing.

“Preliminary evidence suggests an increased risk of reinfection with this variant, as compared to other VOCs,” the WHO said in a statement released Friday.

The designation of a new variant of concern coupled with mounting alarm from health officials sent global markets into a tailspin Friday. Oil prices and travel and leisure stocks took heavy losses on the news.

WHO has said it will take weeks to understand how the variant may affect diagnostics, therapeutics and vaccines.

What do we know so far?

South African scientist Tulio de Oliveira said at a media briefing Thursday that the omicron variant contains around 50 mutations but more than 30 of these are in the spike protein, the region of the protein that interacts with human cells prior to cell entry.

What’s more, the receptor binding domain — the part of the virus that first makes contact with our cells — has 10 mutations, far greater than just two for the delta Covid variant, which spread rapidly earlier this year to become the dominant strain worldwide.

This level of mutation means it most likely came from a single patient who could not clear the virus, giving it the chance to genetically evolve. The same hypothesis was proposed for the Covid variant alpha.

“There’s a lot of work that is ongoing in South Africa and in other countries to better characterize the variant itself in terms of transmissibility, in terms of severity and any impact on our countermeasures, like the use of diagnostics, therapeutics or vaccines,” Van Kerkhove said. “So far there’s little information, but those studies are underway.”

Around 100 omicron variant genomes have been identified in South Africa, mostly in the Gauteng province. The variant has also been detected in Israel, Botswana and Hong Kong.

Many of the mutations identified in the omicron variant are linked to increased antibody resistance, which may reduce the effectiveness of vaccines and affect how the virus behaves with regard to inoculation, treatments and transmissibility, health officials have said.

“There are two approaches to what happens next: Wait for more scientific evidence, or act now and row back later if it wasn’t required,” said Sharon Peacock, professor of public health and microbiology at the University of Cambridge.

“I believe that it is better to ‘go hard, go early and go fast’ and apologise if mistaken, than to take an academic view that we need to reach a tipping point in evidence before action is taken. Rapid spread in South Africa could be due to super-spreader events or other factors. But there are sufficient red flags to assume the worst rather than hope for the best — and take a precautionary approach,” Peacock said.

The European Union, the U.K., Israel, Singapore and the U.S. are among the countries imposing travel restrictions on southern African nations.

The WHO has cautioned countries against hastily imposing travel restrictions, saying they should instead take a “risk-based scientific approach.”

South Africa’s foreign ministry said Friday morning that the U.K.’s decision to take precautionary measures “seems to have been rushed as even the WHO is yet to advise on the next steps.”