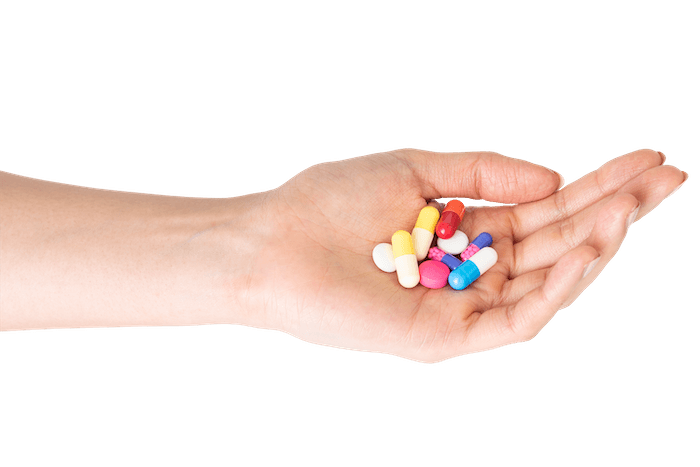 The Drug Enforcement Administration issued a public warning Monday that a growing number of fake pills bought online are laced with potentially lethal amounts of the synthetic opioid fentanyl, and blamed social media sites for not doing more to protect their users.

“We decided to do this because the amounts are staggering,” DEA Administrator Anne Milgram said in an interview. “We are in the midst, in my view, of an overdose crisis, and the counterfeit pills are driving so much of it.”

The United States saw a record number of drug overdose deaths last year — more than 93,000, an increase of almost 30 percent from 2019.

Officials said the DEA hasn’t issued such a public safety alert since 2015, when the agency warned that agents were seeing an alarming amount of heroin laced with fentanyl. Fentanyl, even in much smaller amounts, is deadlier than street heroin.

The DEA has seized 9.6 million counterfeit pills already this budget year, which is more than it seized in the previous two years combined, officials said. The number of seized counterfeit pills found to contain fentanyl has jumped 430 percent since 2019.

The United States has been grappling with a worsening drug epidemic since 1999, fueled primarily by an explosion of opioid use. At first, that drug abuse centered around prescription pain pills, such as Oxycodone, Vicodin or Percocet. In recent years, the death toll has risen sharply, fueled in large part by fentanyl, a synthetic opioid that is relatively cheap to manufacture and distribute. Last year, drug overdoses killed more than twice as many Americans as car crashes. Many drug overdoses are the result of ingesting more than one drug, but experts say fentanyl is often involved.

Jack Westfall said part of the problem lies in the common assumption, particularly by young people, that a pill purchased online must be made in a reputable lab somewhere and, therefore, must not be too dangerous.

Westfall recalled getting a phone call from the medical examiner when he worked as a public health official in Santa Clara County in California in 2019.

“She said she had two teenagers on her table, and she was worried they’d both overdosed on pills,” he said. “For those two teenagers, they thought they were taking a Percocet, and they each took half a pill, and even half was a lethal dose.”

Westfall, now the director of the Robert Graham Center for Policy Studies in Family Medicine and Primary Care, said that often the pills contain a chemical variant, or analog, of fentanyl.

“People may look at them and think it looks like a Percocet, and then even if they hear it’s got fentanyl, they still think it’s safe,” he said. “But they are fake. And there’s no way to know how much of that substance is in it.”

Milgram said the illicit drug trade in the United States is increasingly shifting from plant-based products like cocaine or heroin to chemical-driven manufacturing. Often, those pills are sold online as Oxycodone, Percocet or Adderall. But in truth, the pills contain fentanyl or methamphetamine.

“There’s no question in my mind right now there are chemicals largely coming from China to Mexico, where the cartels are mass-producing fentanyl and meth and now increasingly seeing them pressed into pills,” she said.

James Rauh, an Akron, Ohio, man who founded Families Against Fentanyl after his son died of an overdose of a fentanyl analog, called the drug “extremely potent material that’s infiltrated our illicit drug supply, poisoning tens of thousands of Americans a year.”

As an advocate, Rauh has urged the federal government to declare the drug a weapon of mass destruction to punish countries like China, where many of the chemicals originate.

“This is killing more young people in this country than wars have,” he said.

It’s not just that the drugs being consumed are changing and killing more Americans. The way Americans buy illicit drugs has also changed.

Many of the counterfeit pills that alarm the DEA are being sold on sites such as Snapchat and TikTok, Milgram said: “The drug dealer isn’t just standing on a street corner anymore. It’s sitting in a pocket on your phone.

“Social media is not doing enough to deal with this,” she said, while emphasizing that the first priority is warning the public. “We have not gone to them yet with specific demands, but we will at some point go to them.”

In a statement, TikTok said: “Content and accounts promoting illicit drug sales are not allowed on TikTok and will be removed. We also engage experts and regulators to strengthen our safeguards and promote the safety and well-being of our community.”

Asked about online drug sales, a spokesperson for Snapchat said the company is “committed to doing everything we can to fight it on Snapchat. We strictly prohibit drug-related activity on our platform, aggressively enforce against these violations, and support law enforcement in their investigations.”

In 2018, an investigation revealed how Instagram’s algorithms were directing people to drug-related content, despite promises to crack down. At the time, the Facebook-owned social media service, which is popular among teenagers and other young people, allowed people to search directly for hashtags such as #oxy, #percocet, #painkillers, #painpills, #oxycontin, #adderall and #painrelief.

Since then, the company has become more restrictive. The hashtags #oxy, #oxycontin, #adderall, #painpills are now blocked. The content associated with the remaining hashtags has become more policed.

Those searches revealed thousands of posts by people grappling with addiction, individuals bragging about their partygoing lifestyle and enticements from drug dealers. Once a person liked or engaged with one of the drug dealer accounts, they became inundated with more ads for drugs.

But a subsequent investigation by Digital Citizens Alliance and the Coalition for a Safer Web, which included the same researcher, Eric Feinberg, found that of 40 drug-dealing Instagram and YouTube accounts identified in 2019, just 10 had been removed independently by tech companies by March of this year.

In an interview, Feinberg said that the problem persisted on Instagram and YouTube, but was also migrating to other platforms that are very popular with young people, such as Snapchat and TikTok.

He said dealers have become more creative in finding workarounds to tech companies’ policing efforts, including putting the names of the drugs they are selling as their profile name or bio, using photos rather than keywords, or directing people to message them on other services.

New hashtags, such as “notopainanddepression,” Feinberg said, directed him to drug dealers, some of whom have several thousand followers.

“This is still as big of a problem as it was one and two years ago,” Feinberg said.