Why Is It Taking So Long To Get Vaccines For Kids? 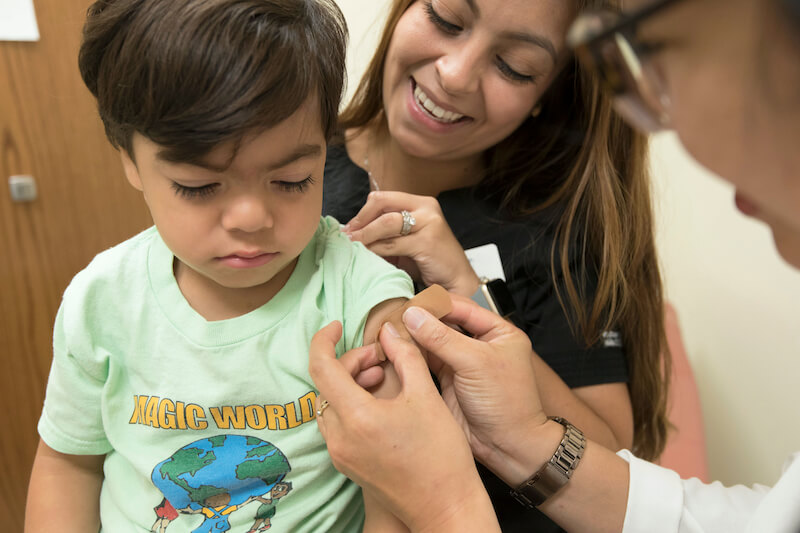 The timing of the latest COVID-19 surge isn’t great for children. Millions have already started the school year, the rest will do so in the coming weeks, and COVID-19 vaccines aren’t yet available for the 50 million Americans who haven’t reached their 12th birthday.

Vaccine availability will not bring this pediatric outbreak to a halt. But it will help curb the spread of the virus for everyone, and give many families a better sense of how to plan for the future. To that end, as we hurtle toward the fall, parents, teachers, and pediatricians are eager to know when, exactly, the youngest Americans will have a shot at getting a shot. Even though the timeline is still uncertain, the government and vaccine makers have offered hints to help us understand how the process might unfold.

Vaccines for young kids are most likely to be authorized via the same emergency-use mechanism that allowed adults to get their shots starting last December. The process is a bit of a push-and-pull between vaccine makers and the government. The companies have to recruit participants, perform clinical trials, collect data, and submit that information to the government, and the FDA has to tell the companies what sorts of data it’s looking for, how much, and over what timeline. Once the FDA grants an emergency-use authorization, the CDC has to weigh in, offering recommendations to the nation’s doctors and public-health bodies about when and how the shots should be used. (The latter step took only one day after the FDA authorized each of the Pfizer, Moderna, and Johnson & Johnson vaccines for adults.)

Everyone involved has some control—but not full control—over how long it’s all going to take. A Pfizer spokesperson told me that the company plans to submit an EUA application for the 5-to-11-year-old group “by the end of September,” and for the six-month-to-5-year-old group “shortly thereafter.” Then the FDA will take the reins. After this article was published, a Moderna spokesperson told me that the company’s full data set will likely be ready “later this year or towards the very beginning of 2022,” and that information on different age subgroups might be available at different (as yet unspecified) times.

The FDA has been saying since May that it expects vaccines to be available for kids under 12 on a “fall or winter timeline.” But it hasn’t offered much in the way of updates. When I asked the agency for its best estimate of when it might issue an emergency-use authorization for either the Pfizer or Moderna shots in young kids, a spokesperson referred me to comments that the director of the agency’s Center for Biologics Evaluation and Research made in early July indicating that he expected results from the clinical trials “later this year.”

As we get closer to that amorphous deadline, you can keep an eye out for signs of progress. The first milestone will come when the clinical trials in vaccines for kids stop accepting new participants. Once that happens, the company’s researchers can put all their effort into evaluating the trial itself. (For context, Pfizer finished enrolling 12-to-15-year-olds on January 22 and submitted its application to the FDA on April 9.) As of today, both the Pfizer and Moderna trials are still listed as “recruiting” in the National Library of Medicine’s clinical-trial database; you can check their status here and here, respectively. A more obvious milestone will be reached when either vaccine maker submits an application for an EUA. (Pfizer’s application for 12-to-15-year-olds was approved on May 10, a month after the company submitted it.)

Late last month, it was reported that Pfizer and Moderna were extending the recruitment phases for their clinical trials among young kids at the FDA’s behest, because the agency is concerned about having a large-enough sample size to detect rare side effects. Critics of the agency, including the leadership of the American Academy of Pediatrics, argue that this demand for more participants will make the authorization process drag on for longer than necessary, prolonging the harm caused to kids by not offering them the vaccines.

Exactly how much time the extra recruiting will take isn’t clear. Saad Omer, the director of the Yale Institute for Global Health, told me that several of his friends and colleagues working on the clinical trials have said that parents are eager to sign their kids up, so the new directive might not slow things down very much. The real limiting factor, he said, will be the amount of follow-up that the FDA wants from these new participants. The agency has not made public the exact time period it’s requesting of drugmakers for the pediatric trials. In a document of guidelines for trials in all age groups from June, it recommended at least six months of data on adverse events after each injection before full licensure would be granted—an interval that would push the process back to February, no matter what. Of course, emergency-use authorization could happen sooner—after all, the agency signed off on the shots for adults after only two months’ worth of safety data last year. But there’s no guarantee that it will be similarly lenient with the adverse-effects data for small children.

The current surge in pediatric cases won’t help the trials, either. Rampant spread of the virus last fall did speed up vaccine trials among adults, because it meant that drugmakers had more COVID-19 cases in their data sets, and more evidence to prove that their shots had been effective. But that same grim equation doesn’t hold for the safety data that will be most relevant for kids, because the presence or absence of adverse effects does not depend on people’s being sick.

Couldn’t these questions have been resolved months ago if clinical trials in kids had simply started sooner? As frustrating as the delay is, it’s a common phenomenon in drug testing, which tends to start with healthy adults and then expand to include other populations. Nahid Bhadelia, the director of Boston University’s Center for Emerging Infectious Diseases Policy and Research, told me that people who are immunocompromised, pregnant, or under 18 “tend to get left out in trials,” both because they’re harder to recruit and because of a perception that they’re at higher risk from any potential side effects.

Even if every child in America were made eligible for a vaccine today, they wouldn’t necessarily get one anytime soon. As of two months ago, just over half of parents of 3-to-11-year-olds in one survey said their child would likely not get a shot when it becomes available. And even if every child in America did get a jab today, their immunity wouldn’t ripen until well after Labor Day. Vaccines for the under-12s simply aren’t going to eliminate the anxiety around the back-to-school season.

In the meantime, the strategies we’ve learned to use throughout the pandemic will keep kids safer. Masking, quality ventilation, frequent testing, and vaccinating as many adults and adolescents as possible will all help lower case rates among children. That, in turn, will keep more of them out of the hospital and help them avoid the virus’s still-unknown long-term consequences.