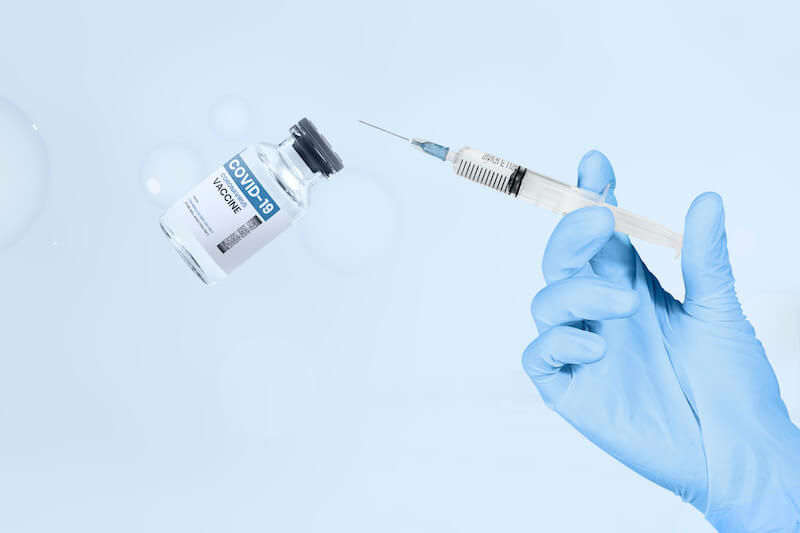 As the U.S. grapples with record hospitalizations and deaths from the Covid-19 pandemic, a crucial vaccination rollout campaign is being impeded by inconsistent messaging and myriad state strategies as a new variant of the virus drives up infection rates, according to public health experts.

The missteps have put the number of vaccinations well behind targets set by the Trump administration’s U.S. Operation Warp Speed effort. About 5.46 million doses have been administered in the U.S. since mid-December, or 32% of those that have been distributed across the country and well below the Trump administration’s goal of 20 million by the end of 2020, according to data compiled. Vaccination rates have ranged significantly across states, with South Dakota using 69% of the doses sent to it and Georgia just 22%, according to data.

“The next couple of weeks are going to be really critical to see how we can get this distribution system up and going more smoothly,” National Institutes of Health Director Francis Collins said Wednesday in an interview with the Washington Post. “It certainly has had a rocky beginning. But I’m not entirely surprised by that, when you consider that it’s only been three weeks” since the shots were cleared for emergency use.

The American Hospital Association urged Health and Human Services Secretary Alex Azar to make a series of moves to expedite vaccination, such as improving coordination among states, quickly answering questions and clarifying expectations. Member hospitals have reported a number of barriers to vaccination in the first few weeks, the group said Thursday in a letter.

Months of work anticipating the vaccine rollout have been squandered because of a lack of coordination and gaps in planning. Reporting shows missed opportunities at every level of government, from a laissez-faire approach in Washington to local hospitals where harried health-care workers were left trying to make last-minute decisions without guidance.

Among the issues that have contributed to the rollout’s jumbled start, according to interviews with state, federal and hospital officials:

- Reductions in the number of shots states were told they would receive, along with limited notice as to how many doses would arrive, and when

- Complicated logistics of storing and administering the vaccines

- Lack of uniform messaging and education to encourage vaccination

- A disjointed approach across states and counties

- Little transparency with providers and the public on what to expect

Vaccinating every eligible U.S. citizen is already an enormous effort, especially when coupled with another surge in coronavirus cases that has strained some hospitals to the point of turning away ambulances. The U.S. has performed better than some other countries, including France, where just 20,000 doses have been administered, as well as Canada, Spain, Germany and Italy when comparing the number of shots given per 100 people, according to a vaccine tracker.

U.S. officials have pledged that vaccinations will accelerate in coming weeks, with a more coordinated program to administer vaccines in nursing homes and the holiday season coming to a close. But the earliest days could be the easiest, intensifying pressure to identify the weaknesses and fix them before trying to reach millions more Americans.

Planning has been difficult because of the tight time lines and shifting numbers. In the earliest days of the campaign, state leaders were shocked to find they would receive far fewer shots than expected from the federal government. States receive a new batch every week and divvy them up, giving providers little notice.

Organizing the Covid-19 clinics is a more complicated process than for seasonal flu shots or other drives that aim to immunize many people at once. Hospitals must schedule appointments, doctors say. Formulas from Moderna Inc. come frozen, and those of the partnership of Pfizer Inc. and BioNTech SE must be kept at a sub-Arctic minus 94 degrees Fahrenheit, with strict storage requirements.

When OneWorld Community Health Centers in Omaha, Nebraska, received some vials of Pfizer’s vaccine from a nearby hospital, they were kept cold during the 10-minute drive but were not transported in the initial packaging.

OneWorld was notified on a Monday morning at 7:30 a.m. that the vials would need to be used by 9 a.m., said Chief Executive Officer Andrea Skolkin. The health center was able to vaccinate 130 people in about an hour before discarding a handful of doses that did not make it into arms fast enough, she said.

At Utah-based Intermountain Healthcare, clinics have had shots left over at the end of the day, said Tamara Sheffield, medical director of community health and prevention. They have sought to find people around the hospital who could use the shots, an option that other facilities may not have.

Reports of doses being tossed are emerging, as are stories of people walking into pharmacies and being asked if they want a shot before it expires.

Some health-care workers have been reluctant to be vaccinated, with skepticism over the speed of development a common reason for wanting to wait. About 44% of Southeast Georgia Health System’s 2,629 eligible workers have opted for vaccination, Jordan said.

That’s lower than executives expected, though some people who wanted to wait are already starting to change their minds, she said.

If they are hesitant, even more issues persuading people to get vaccinated may lie ahead.

José Romero, chair of the CDC’s Advisory on Immunization Practices Committee and secretary of health in Arkansas, said the most surprising piece of the rollout has been seeing how many health-care workers don’t want to be vaccinated.

“I did not expect to see as much as we’re seeing, at least in my state,” he said.

The federal government should have invested more money and started educating the public earlier, said Krutika Kuppalli, an infectious disease doctor at the Medical University of South Carolina. The U.S. Department of Health and Human Services started a vaccine education campaign in December and plans another push later this month.

“We spent $10 billion months ago to develop vaccines; why were we not spending money to introduce the public to the vaccines?” Kuppalli said.

Each state and even some counties have their own rules on who to vaccinate when, making it difficult for health systems to create uniform strategies. Providence health system, which runs 51 hospitals plus doctor’s offices, is trying to navigate the web of rules across seven states in which it operates.

In California, counties have leeway to veer from the state’s priority groups. Providence may receive shots from the state and some from counties, each of which might have slightly different rules as to who can receive them, said Chief Clinical Officer Amy Compton-Phillips.

HHS Secretary Azar urged governors to offer vaccination to more people if shots are sitting in freezers. Some states have already announced they would start widening their targets, but the abrupt shifts resulted in chaos in some places. In Florida, seniors have camped out overnight, phone lines have been overwhelmed and health departments have relied on ticketing websites like Eventbrite to schedule appointments.

After Texas posted a map of providers that received vaccines, Elinor Seeley, a teacher in the Dallas area, has called nearby locations without any luck.

Some providers also say they’re left in the dark. Skolkin of OneWorld in Omaha said she has not received word on when she will receive shots to start vaccinating patients.

“Someone is in charge, but it’s not clear who is,” Skolkin said.

Holy Cross Health in Fort Lauderdale opened a clinic to start vaccinating the public this week, said Eduardo Locatelli, incident commander for the hospital’s Covid-19 response. The clinic is designed to administer up to 2,000 shots each day. One key piece of information remains unanswered: Whether Holy Cross will receive that many doses.

“We have to realize this is America,” Locatelli said. “The federal government could have had a more direct impact on organizing the country and trying to standardize a little bit more, but it is our country.”

Romero, the Arkansas health secretary, said the coming days will be crucial to gauging the rollout’s effectiveness.

“This week to me is very important, and the one that’s coming,” Romero said.

Azar and other federal officials say vaccinations will accelerate soon. He blamed introducing two vaccines during the holidays for stalling the rollout, an obstacle that hospital executives echoed.

On Wednesday, U.S. officials declined to provide estimates for the number of vaccines they are giving every day and how many they expect to administer by the end of January.