America Awaited A Pandemic Baby Boom. Instead It Got An Egg-Freezing One. 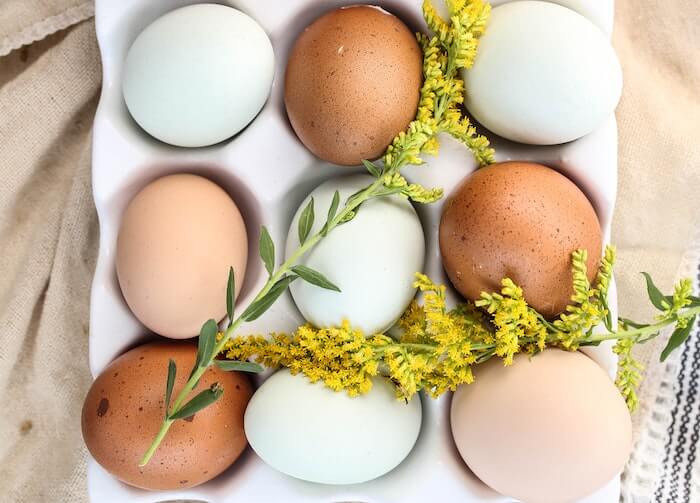 When it became clear that initial stay-at-home orders would last awhile, speculation began about a looming covid-19 baby boom. It certainly made sense at the time: a bunch of couples stuck at home, little to do.

Instead, procreation plans were put on literal ice.

Even as New York City’s businesses — restaurants, bars, gyms, retail — have been slammed by the pandemic, New York University’s Langone Fertility Center has seen a 41 percent increase in women freezing their eggs compared with the same time period in 2019. And that number might have been even higher if not for the Langone center’s three-month pandemic-induced closure.

James A. Grifo, the center’s director, has an explanation for the surge: In a time when people feel so helpless, he says, freezing eggs is one way to restore a sense of control.

“Covid has really pushed the needle in terms of people freezing their eggs,” Grifo said. “A lot of women are afraid to try and get pregnant. Because of this delay, they wanted to do something to protect their fertility, so they froze eggs as a way to say, ‘Okay, I can't get pregnant now. I'm afraid of this virus, but I’ll do something.’ ”

Egg-freezing (or, to be technical, oocyte cryopreservation) was developed in the 1980s to allow cancer patients to preserve their eggs before undergoing chemotherapy. When the American Society for Reproductive Medicine declared the procedure no longer “experimental” in 2012, it gave women a new opportunity to take charge of their reproductive lives, especially as the average age a woman gives birth to her first child steadily increases.

Freezing eggs allows women to better their odds at the table and to redraw their timelines.

Thirty-year-old Becca Kufrin, the lead on the 2018 season of “The Bachelorette,” called it quits with fiance Garrett Yrigoyen during stay-at-home orders. She decided to put her eggs on ice as an investment in her future self. She wasn’t worried about genetics but figured, she said, that “I’m not getting any younger.”

The demanding egg-freezing process — which involves a cocktail of hormones to inject and ingest over a few weeks to stimulate the ovaries to grow as many eggs as possible — requires downtime, though, and in February Kufrin was in a new city every night for a “Bachelor Live” tour. The pandemic, as it turned out, gave her an opening to start.

“I think the thing that really pushed me over the edge to move forward with it is the fact that I just got out of a two-year engagement,” Kufrin said. “We were living together and checking all the right boxes. But now that I’m out of that relationship and I don’t know when I’ll be in a good, committed relationship to start a family one day, why not take this step? I’m an independent woman. I have the means to do this right now at this time for myself.”

She’s received “really heartwarming” support since, she said, from family and friends and inbox-flooding Instagram followers alike. “To share something similar, especially something that’s so intimate with our bodies, has been really special that I didn’t originally expect going into this,” she said.

And the early returns have been a success: Of the 24 eggs her doctor retrieved from her, Kufrin says, 19 were mature enough for fertilization and ready for the freezing process. According to her doctor, that puts her at a 90 percent take-home baby rate and a 70 percent chance of two babies at the time of her choosing.

“In the perfect world, one day I would find the right partner for me to be able to get pregnant‚” Kufrin said. “But if that doesn’t happen, if I don’t find a partner or if I can’t get pregnant on my own, it feels good knowing that I have a few eggs on reserve.” 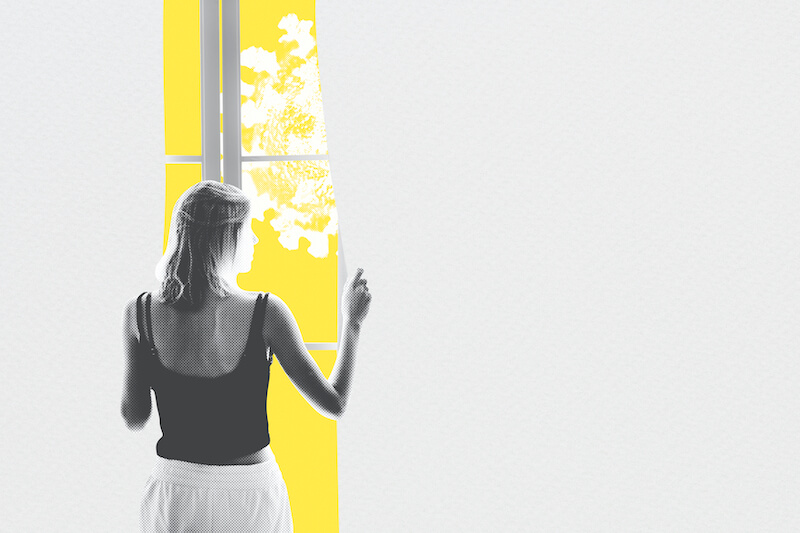 When it comes to freezing eggs, the younger a woman is, generally speaking, the more eggs she tends to have. And the greater the number of eggs, the greater the odds of a baby. The outcome of egg-freezing is no sure thing, though, even if it is often marketed as such. That means many will shell out thousands of dollars or more for a procedure based on unrealistic expectations, regardless of their fertility composition and timeline.

Data on egg-freezing is lacking, but Grifo and his Langone team recently completed a 15-year study that reports final outcomes useful for patient counseling, using data from patients with an average age of 38. The study showed that 74 percent of eggs survived the freezing process and nearly 70 percent of those surviving eggs were successfully fertilized, with a live birthrate of 34 percent. This rate is similar to the success rate of in vitro fertilization, or IVF, where fresh, mature eggs are collected from ovaries and fertilized by sperm in a lab to create an embryo that is then transferred to a uterus (no freezing required).

Grifo said there is no measurable impact on the health of babies born from frozen eggs. In fact, the rate of miscarriages for egg-freezing is lower than that for regular pregnancies, because many of the embryos that would result from a miscarriage do not survive the freezing to begin with. And while a 34 percent birthrate may not sound all that successful, Grifo and his team say otherwise. “This percentage shows that the technology is viable, even with women freezing their eggs at an age much older than is ideal,” Grifo said.

Sometimes even those right at the “ideal” age can benefit.

In February of this year, Caroline Lunny decided to check her egg count, even though she was not yet ready for a baby as a single 29-year-old. Lunny, a friend of Kufrin’s and herself a former “Bachelor” contestant, had no known medical issues besides asthma, but her count came back stunningly resembling that of someone 15 years older. “My whole world stopped. I can’t tell you how many doctors said there’s no hope for me,” Lunny recalled.

Then, days after receiving the news, she starting showing symptoms of covid-19.

Lunny self-isolated for weeks, wrestling with not only a mysterious disease, but a reproductive prognosis that she described as a betrayal by her body. “I was never as scared of coronavirus as I was afraid of not having kids,” she said. “It was excruciating to be sitting there alone and waiting, when I already felt like I didn’t have a second to waste in pursuing fertility treatment.”

It took about a month, but she recovered and all but sprinted to her fertility clinic. During two sessions, her doctor retrieved four eggs, a “miracle” given her condition. “You know, as women, our bodies don’t wait for us,” Lunny said. “Freezing my eggs has given me the gift of time.”

But that gift doesn’t come cheap. Egg-freezing and IVF are both considered elective procedures, and few medical-insurance policies cover such costs. For egg-freezing, women must undergo daily hormone injections, office visits and anesthesia, often leaving them with bills averaging $15,000 out of pocket per cycle, according to CNY Fertility. That figure does not include the annual fee that clinics charge to store eggs in liquid nitrogen.

Meghan Smith, a reproductive endocrinologist at the University of Southern California, said pandemic economics have actually encouraged some women who were considering the procedure to act. Workers who have recently been furloughed, Smith explained, are deciding to use their insurance savings accounts for such procedures before they lose them, or in case they are not quickly rehired.

In all, the daunting price tag means egg-freezing is hardly an equal-opportunity venture. The Society for Assisted Reproductive Technology analyzed nearly 30,000 egg retrievals and found that just 4 percent of women who undergo the procedure identify as Hispanic, while just 7 percent, like Shauneik Hargrove, are Black.

Hargrove, a 37-year-old mother of two, is a doubly rare case: She was diagnosed with Stage 3 invasive breast cancer in August. “I was diagnosed out of the blue. It was devastating,” Hargrove said, and she understood the battle to come: 24 weeks of chemotherapy and, depending upon the results, surgery. Her job as a medical assistant and recent pursuit of a nursing degree had prepared her for that. But what came next was a different shock.

“On top of all that, I was told I could possibly go into menopause. I’ve always wanted another child,” Hargrove said. She was determined to freeze her eggs before undergoing treatment. Because of limitations in insurance coverage, and even with the help of grants specifically for cancer patients facing such decisions, there was still a substantial out-of-pocket cost for treatment.

Her co-worker, a nurse practitioner pregnant with twins, shared Hargrove’s story on GoFundMe. They raised over $5,000, which was enough for Hargrove to have the procedure. “It was a blessing. It let me know people do care.”

As with her chemotherapy treatments, Hargrove went to every appointment and retrieval alone because of coronavirus restrictions. Hargrove woke up from the procedure to hear that 36 eggs are now on ice for her, for whenever she is ready.

Some women are finding other ways to manage the costs. Rochelle Gapere, a 39-year-old happiness coach and Jamaican native, decided to freeze her eggs in Barbados, where the procedure cost just $7,000. She assumes that her odds of meeting a partner during the pandemic are slim and wants to keep her reproductive options open. “I’ve always been a confident person, but there is a sense of relief that I have that as I approach 40, I can date and get to know someone organically without the pressure of my ticking biological clock,” Gapere said.

In a tempestuous time, here, at least, she says she feels in control.

“Covid has made me live more intentionally,” Gapere said. “I am so grateful that I don’t have to succumb to society’s timelines or be with someone who doesn’t deserve me, just to have a child. The power of choice is incredible.”